The LGA acknowledges the incredible contributions women past and present have made to local government.

December 2019 marked 100 years since the first woman, Susan Grace Benny, was elected to local government in South Australia, and indeed to any political office in Australia.

A century later and Susan Grace Benny’s legacy lives on. In 2018 the LGA’s ‘Make a Difference’ council elections campaign resulted in a 19% increase in the number of women standing for council elections.  The percentage of women elected also increased, from 29% in 2014 to 35% in 2018, and the number of female mayors almost trebled, with 39% of mayoral positions now held by women. We have come a long way, but we still have further to go.

The LGA proudly supports and promotes diversity, inclusion and equality.

Grace, as she was known, was born in Adelaide in 1872 and grew up on Yorke Peninsula. She attended a boarding school in McLaren Vale after her mother died in 1881, returning to the family sheep station to teach her younger sisters.

She married Benjamin Benny, a solicitor in 1896 and moved to Seacliff where they had 3 daughters and two sons. Benjamin served as Mayor of Brighton from 1903-05.

Grace was active in community life during WW1. She was involved with the Seacliff Cheer-up Society, a local spnning club, progress association and croquet club. In 1916 she became SA's third woman Justice of the Peace. 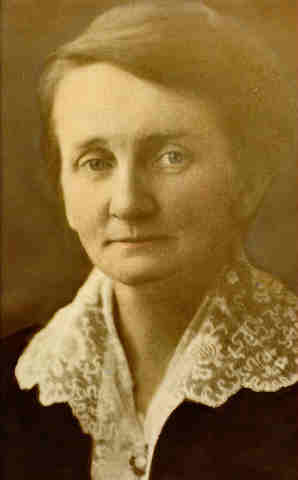 In 1918 she became President of the women's branch of the SA Liberal Union. She was reported to have played a key role in the passage of legislation securing equality for women in divorce law in 1918.

In 1919 Grace was appointed to represent the newly created South Ward on the Brighton Council on petitio of ratepayers. She served through two elections.

"She entered the Council from a sense of Public Duty, believe that there is work to be done in Municipal life which will not even be commenced unless a woman undertakes it" (The Adelaide Observer, 20 December, 1919, p. 46).

In November 1922 she stood for the position of Mayor and was defeated.

An unsung hero of the women's movement Grace was reported to have been small and fine boned - a cheerful, energetic and courageous woman.

The LGA’s 2018 council elections campaign was designed to increase the number of women nominating for election to councils in South Australia.

The successful campaign resulted in a 19% increase in the number of women standing for council elections - translating to a 4.5 percentage point increase in the proportion of female candidates.

The number of female mayors almost trebled, with 39% of mayoral positions now held by women.

2018 also saw the election of South Australia’s youngest ever female councillor, 18 year old Luci Blackborough from the City of Campbelltown.

These figures tell a compelling story, not only about the increasing willingness of women to nominate, but also about the growing recognition of women as political representatives and community leaders

Her husband served as an Australian Senator from 1919 to 1926 when he resigned due to ill-health. In June of that year he was convicted of embezzlement, served 3 years hard labour and was declared insolvent. Grace and her children were forced to rely on some inherited money but she later took over her husband's offices and opened the "Elite Employment Agency" which she ran through the Depression.